Parc’Ours, the life-size animal park in the Aspe Valley

As early as March, the first signs of activity appear in brown bears in the Pyrenees that have barely emerged from hibernation. The opportunity to go and observe these majestic animals in an animal park like no other, in the heart of the Aspe Valley ! On the heights of the charming village of Borse , perched at an altitude of 760 meters, Parc'Ours is an animal refuge and a haven of peace for various species of Pyrenean fauna , the two indisputable big stars of which are two brown bears , gathered by the association that manages the park. A great discovery for nature lovers , whatever your age!

The panoramic view of Borse from the animal refuge


An unexpected trip to the heart of the Pyrenees nature

Usually reluctant to venture into zoos or animal parks where animals are condemned to be living exhibits , my curiosity leads me to visit Parc'Ours during a stay in the sumptuous valley of 'Aspe , one of the three valleys of Haut Béarn in the Pyrenees.

On the one hand, the park covers 7 wooded hectares and offers semi-free living conditions to its occupants. On the other hand, the displayed vocation of this park is centered around the rehabilitation of mountain wild animals and offers a living environment as close as possible to their natural habitat if they cannot be released into their original environment after the care delivered. On the program, two hours of stroll to discover the species of the territory but also domestic animals which share this vast space. Life-size immersion !

A refuge where the animal world reigns supreme

On arriving at Parc'Ours, I am warmly welcomed by Alexandre Lehmann, the zoological director and active member of the association in charge of this animal sanctuary . Place of research, conservation and education, the mission of this extraordinary refuge is above all to collect wild animals found sick, abandoned, seized, injured, threatened or concerned by an environmental problem. "We have animal welfare at heart" confides Alexandre. "This center is unique, it is home to animals from the Pyrenean mountains , species little known to the general public that we invite to come and discover by taking part in a human adventure ". Here, no selection of the animal according to its popularity with the public, all the animals are survivors with a particular history and to whom life could give a second chance.

The adventure to save this refuge, Alexandre knows something about it! Originally, the animal park of Borce was built following the " find " of Jojo, a Pyrenean cub taken by the children of the PEP of Borce in 1971. Created in 2004 on the initiative of the municipality, the park is managed successively by two companies which lead it to compulsory liquidation. Disappointed, the former employees mobilize to save the refuge and work together while respecting the values and convictions that unite them. With determination and the support of passionate volunteers, the Parc'Ours association was created in January 2010. Since then, it has been committed daily to protecting wildlife and raising public and children's awareness of environmental problems in an educational manner. and playful. "Through our action, we want to train the next generation of animal protection ambassadors and encourage our young visitors to become real environmental players " explains Alexandre, eyes sparkling with hope.

Huge areas to preserve the wild character of animals.

End ready for the visit, I venture on the trail of the easily accessible route through the woods. Two options are available to visitors: a short route of one hour and a full route of almost two hours. The idea is of course to discover the animal park at your own pace and take the time necessary to observe around thirty fascinating species throughout the route dotted with educational panels and magnificent mountain views .

The farmyard and its specimens

The beginning of the route presents amazing domestic animals: donkeys, horses, pigs as well as a farmyard with various specimens: geese, ducks, turkeys. The space dedicated to marmots leads to a breathtaking view of the entire valley. The walk continues in a natural forest environment where isards, deer, fallow deer, bighorn sheep, hinds, ibex evolve in large enclosures. Easily identifiable, it is nevertheless necessary to be attentive to locate these large herbivores which roam and evolve in semi-freedom in this wooded environment. Binoculars are available at reception to observe them in detail! Along the walk, carriages and observatories give the opportunity to be as close as possible to the animals.

Here is the long-awaited moment of the visit. Iconic, the brown bear illustrates nature in the wild. This powerful and massive animal embodies the eternal ambiguity of the relationship between man and nature, its presence appearing at the heart of a debate on its reintroduction in the Pyrenees . What a wonderful animal! I am surprised to see Ségolène and Diego, the two bears in the park, in separate enclosures, but the bear is actually a solitary animal that remains isolated on its territory and lives alone.

Admiring them in these enclosures grieves my heart even if I understand that it is impossible to reintroduce a bear raised by man in its natural environment. Indeed, the proximity to the human who fed him and who replaced his parents makes the animal not very fearful of men and it would be likely to approach hikers or get acquainted with places populated by man. It is a great emotional moment to realize that these magnificent animals are now intended to be confined to enclosures while serving to draw the attention of visitors to their condition, often tracked down by breeders and threatened with extinction . What a magic to see the gaze of admiring children land on these majestic animals, an educated generation who will certainly ensure their protection in the future!

Closer to the animals

The Fort du Portalet stands on the cliff

After this beautiful stroll at Parc'Ours, I take the opportunity to explore the nearby Fort du Portalet , built on a cliff overlooking the Gave d'Aspe. An exceptional site that perfectly completes this day in the Aspe Valley !


Did you like this report? Discover more on our BLOG . But also by subscribing on the Facebook page of the Béarn Pyrénées Guide

Back to "Family Time"

The best things to do and see in the Aspe Valley

The best things to do and see in the Aspe Valley

Espace Ludopia: A day of unusual activities with children in the Pyrenees!

Espace Ludopia: A day of unusual activities with children in the Pyrenees!

The best things to do in the Ossau Valley, on holiday in Béarn

The best things to do in the Ossau Valley, on holiday in Béarn

Borce is a small village really turned towards nature, the mountains and walking. It is located on one of the paths ...

The Chemin de la Mâture is located in the Aspe Valley . Its name refers to the exploitation of the surrounding ...

In the commune of Accous, the Plateau de Lhers is criss-crossed by the charming Labadie stream. You will make ...

Somport is a vast ski area in the Aspe Valley , for cross-country skiing and snowshoeing . In the heart of the ...

Last French village before the border, Urdos, a former customs post, is, on the way to Saint Jacques, the ideal ... 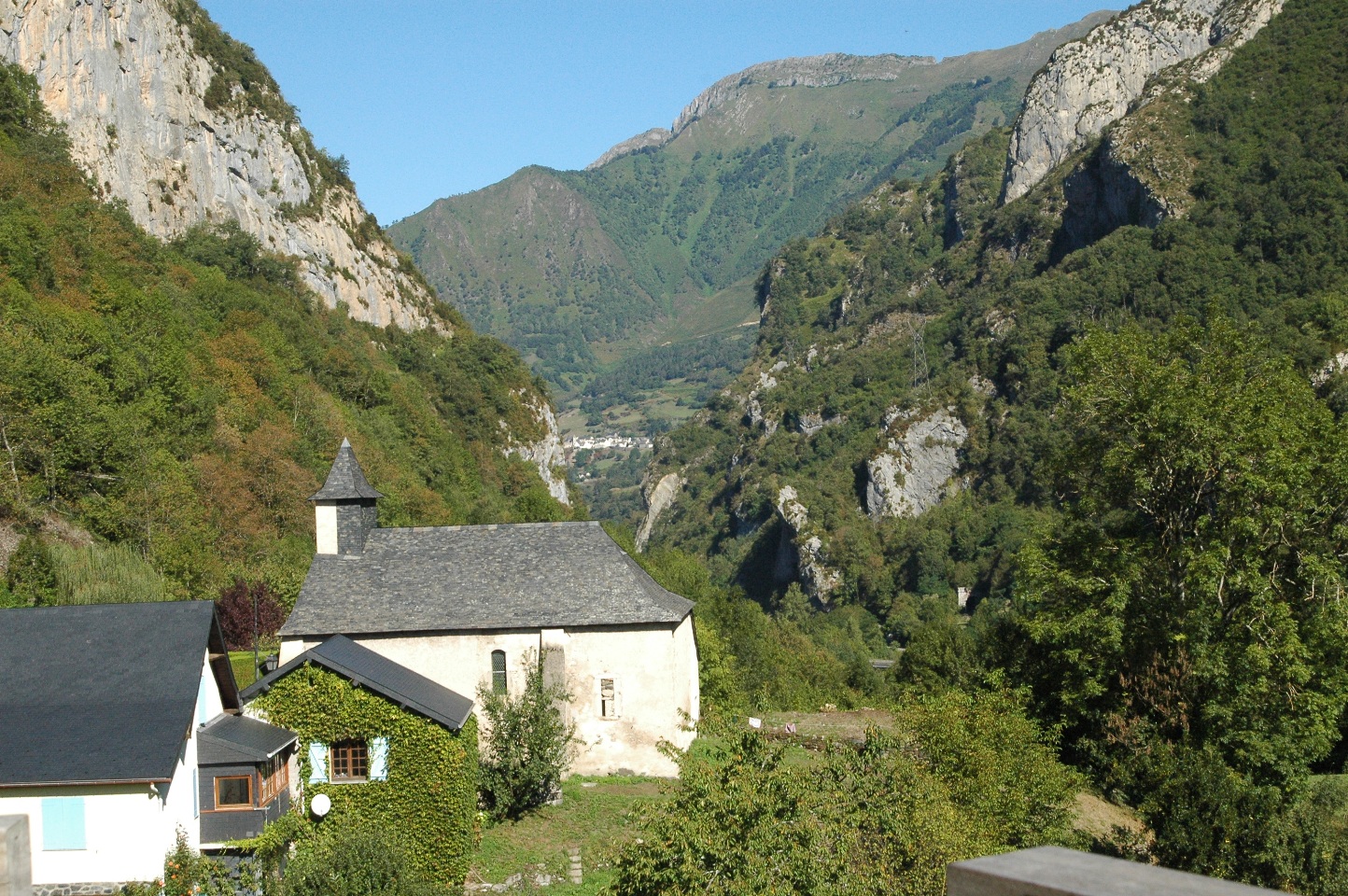 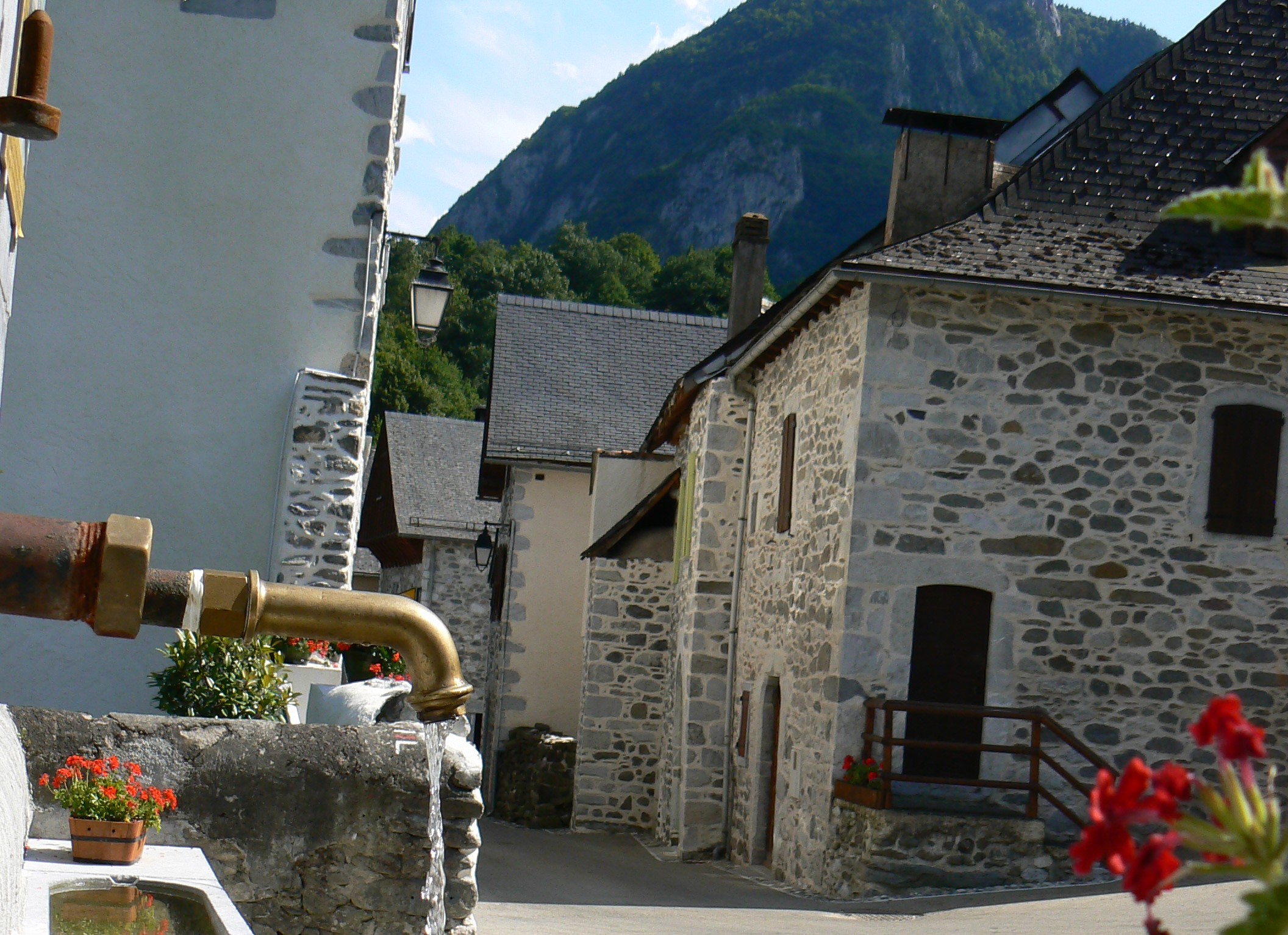 OUR OTHER REGIONAL GUIDES IN FRANCE